Homesickness – caused by a lack of physical connection to the ones we love. For some, being homesick is to long for familiar surroundings, and then being surrounded by the ones who care about us. Being homesick is something I’ve experienced most of my life. There are three places in my world where I always felt connected growing up. One was my childhood home on Maberly Street in Holdrege, another was my Grandpa & Grandma’s farm near Orleans, and the other place was my Uncle Galen and Aunt Shirley’s house near Stamford. If I stayed the night anywhere else before marrying Scott, I was homesick at some point. I found ways to cope by sleeping a lot to pass the time until I could go home, or playing and holding with babies if they were around.  Otherwise, I just flat out got sick, and often my parents would come to get me because the host observed I just didn’t feel well.

Shortly before my 19th birthday, I moved to New York to be a nanny. Even though millions of people lived within miles of me I felt alone, I felt homesick many times. My East Coast ‘family’ was wonderful to me including me in their Sunday morning baseball games in the Irvington Park, Saturday walks with our dog Winston, and visits with their friends from the city who came out to see how people in the suburbs lived. However, nothing, no experience, no person, could take the place of my family back in Nebraska who I longed for. This time, my parents could not be called to come bring me home for a familiar night in my bed, a taste of Grandma’s wedding cake scraps could not be sent for a familiar taste (she baked wedding cakes for a living), and no one could afford to jump on a plane to come see me for a familiar hug. On top of this, long-distance phone calls cost a fortune, internet was still a dream, and cell phones were just for the super rich. This time, I was on my own to figure out homesickness.

My East Coast Family had left for the weekend to their country home in Connecticut, and I was alone. All my nanny-friends had to work that Sunday, and I was literally alone in the castle (yes we lived in a castle that was being renovated into condos). As tears were welling up in my eyes and a knot in my stomach, an image came to me. The image was a little church on a corner across from the grocery store in the next town over, just down Broadway (yes Broadway Street runs out of New York City up into the suburbs following the Hudson River).

Fear filled my gut, but desperation fueled my actions. I got up, got ready, and went to the little church. When I walked in the door, you would have thought I was the lost little sister who had just been found. The greetings were immense, the hugs almost felt familiar, and the hymns and prayers were the same as my church back in Nebraska. It was just the little bit of familiarity I needed to untie the knot in my stomach and dry the tears out of my eyes.

Looking back that day brings me comfort to know when I face my fears, when I turn my day over to the real Author of my life, I will be taken care of. The next time I felt that deep pit of sadness in my stomach, I was going to be alone on a Friday night,  and the youth group leader called me. A sponsor had to cancel out on a youth group lock-in, and they invited me to come be a sponsor all night. I said yes, and once again, God was reassuring me that He will come to me in many forms to face my fears, and to give me comfort when I yearn for home, for a connection to those I love.

Some days, some moments, doubt fills me. I think I’m on the path that God wants me on, then BOOM – life happens. Working on my entry for the Chipstarter 2.0 campaign this past week, trying to edit my children’s book series, and Scott being gone on his dream fishing trip to Canada, made for an interesting week of doubt. I was missing my life’s cheerleader – my husband- who always reminds me how worthy I am to pursue dreams. However, I can look back throughout this week and see where God placed hope in my path to overcome the doubt.

In the place of Scott’s never-ending encouragement, God gave me my daughter at our home this week. She kept telling me she was ready to shoot that video for the contest whenever I was. I wish I had the picture of her tonight as she held the camera and her hand-made teleprompter cheering me on to complete the video. (see my video entry at https://youtu.be/IgDYEtAsado)

I was determined I had to have a Husker shirt to wear in the video. I walked into Walmart, and there was a display of women’s shirts in produce area (who can explain that one?). That black shirt I’m wearing in the video, was laying, sprawled out on top of the display. Again, I see God was communicating ‘shirts are insignificant compared to your calling today, here is the shirt, now go work on the really important agenda I wrote for you today”.

To gather my thoughts, I need drive time. This week spending time with my hubby’s mom was important to me with our guys ‘gone fishin’. Each time I made the hour-long trip to the family farm, inspiration would come to me for the children’s books. I would sit down at the kitchen table when I arrived at the farm and complete another step.

The most powerful God-moment this week came with my deepest doubt. I could not sleep Saturday night. I would get out of bed each hour, complete another project, then try to sleep again, only to repeat the next hour. Bothering me was how unimportant my work was compared to all the videos I had watched on the Chipstarter website, especially the other children’s books authors asking for their dream to be fulfilled too. I just didn’t see my dream as developed as the other authors. I started questioning, ‘was I suppose to write in 1st person or have a narrator? Do I have the right number of pages in each book? Does the book series truly appeal to the age I want it to? Am I crazy insisting on hiring my own illustrator versus letting the publisher find the illustrator?’

Then at the 3 a.m. I-can’t-sleep-project, a blog came across social media… How to write a children’s book in 9 Easy Steps. It was as if she had been in my mind an hour earlier, and wrote a guide to me. O.K. God, I get it, I’ll keep writing, editing, and moving forward on “The Life Lessons of Jax”. However, I’m sure this is the wrong time, just too much going on, so definitely ditch the entry in the contest, right?.

Nope! God had another idea…and I get an alert on my phone ‘submit your dream’!

Suddenly, I ditched most of the write-ups for the contest questions, and the words,…the answers,… the typing…suddenly flowed along with an outline for the video entry. It is just amazing to me how HE throws out the doubt, and makes the path surface when it had seemed to have disappeared under the cloak of doubt.

I promised myself I would fill the house with music today. No TV, no movies, and just see where the day, a rainy, dreary day, would take me… and Jax. Should I paint a door? Prep my notebook or a speech for Toastmasters? Laundry? Dishes? A Sunday afternoon nap? The day ended up being almost all of that until I went to delete junk mail from my Inbox. I had clicked ‘delete all’ and was about to hit ‘yes’ when I saw ‘Chip Gaines’. He had sent me an email. I moved his email to Inbox and deleted the rest.

When I opened the email, it was an invitation to submit an entry for ChipStarter 2.0. I had made a video last year for his first contest to help people set a goal and realize a dream. I must have made an email list, but was surprised as no junk mail had previously came in the last 12 months from Chip (Yes, the guy on the hit show Fixer Upper). Definitely, this had to be a “God Thing”.

My Sunday home alone is now a work-on-the-dream day, a research day, a video production day, and maybe even a little photo shoot with Jax in between the thunderstorms. My video entry – my goal/my dream – is to publish a series of children’s books I’ve been writing based on Jax’s life. I had called a publisher a couple weeks ago, and had not heard back and was feeling a little discouraged on this dream. The ChipStarter 2.0 contest is just the little hope, the little nudge from God that says “keep going Tammy”, keep authoring the books, keep dreaming, keep trusting Me that I’m authoring this day for you, for I have a greater PURPOSE in all of this!

Thanks for joining me! 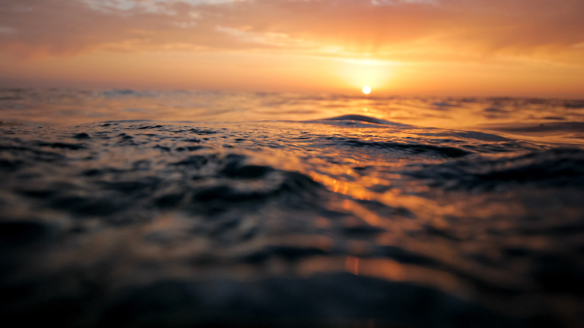 Each day the Lord grants me grace. It may be in the form of a train blocking my path to give me time to check a text, a string of green lights as I’m racing the clock, a phone call inviting me to take part in an event that leads to a dream realized, or a closed door to prevent an unhealthy path.

When the Lord authors my day, there is a flow. An openness to what the Lord’s pen is writing. On days I try to take the pen, the day seems short on ink, the sentences unstructured, the paragraphs incomplete.

This blog shares all the blessings, the Lord’s pen strokes, I  notice in a day, a week, in a lifetime.

Many years ago, our office secretary shared with me a Facebook post from a woman, a young mother, a wife, who was dying of cancer. As she journaled her final days, she would end with “Please author my day Lord…” I thank this heavenly woman for her inspiration to author each day with gratitude in my heart, and leave behind all the things that will not matter as the Lord writes His final pen strokes for my life on Earth.

Here is the prayer of grace I try to use each day. The original author is Marjorie Holmes, titled Just For Today.

“Oh God, give me grace for this day.
Not for a lifetime, nor for next week, nor for tomorrow, just for this day.
Direct my thoughts and bless them,
Direct my work and bless it.
Direct the things I say and give them blessing too.
Direct and bless everything that I think and speak and do.
So that for this one day, just this one day,
I have the gift of grace that comes from your presence…”
Please author my day Lord. Amen.